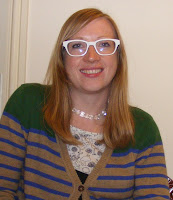 A blog baby is someone who gets a publishing deal and believes that the advice on my blog helped in some way. It always gives me enormous pleasure when someone contacts me to say this! And today I'm delighted to bring you Catriona Child, to talk about how she got her debut novel, Trackman, published with Luath Press.


This is what Catriona said:

I have followed your blog for a long time and have therefore absorbed a lot of information. For example, I knew the importance of getting submissions to agents/publishers just right, so before I sent anything off I re-read all your posts on submissions, covering letters, writing a synopsis etc and used them to help me.

My debut novel was published by Luath Press in February of this year and I just wanted to thank you for all the help I feel you have given me through your blog. I regularly recommend it to other writers. As well as this, speaking to you at an Edinburgh Literary Salon night persuaded me of the importance of Twitter. Without Twitter, I would not have received your incredibly reassuring tweet that shaky-leg syndrome is common and happens to everyone! 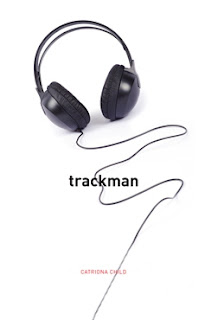 Here's something about the book:
Can a song change your life? Can a song bring people, places and moments in time alive again?


Davie Watts is the Trackman. He knows what song to play to you and he knows exactly when you need to hear it. Wandering the streets of Edinburgh, Davie seeks out strangers in need and helps them using the power of music. But why has Davie been chosen as Trackman, and why is he so intent on losing himself in this new identity? Davie is hiding from an event in his past; an event so awful that it continues to haunt him, despite his attempts to move on with his life. Will Davie ever find peace? And who will play Davie the song he needs to hear to help him heal?

And here's my interview:

NM: Briefly tell us your journey to publication.


This is the first novel I’ve had published, although I’ve had a few short stories published prior to the novel. I’ve always written but started taking it seriously about ten years ago. I started going to a writer’s workshop then decided to do a distance learning MA in Creative Writing. My husband had a dream which led to the idea for Trackman and I had the bare bones of it scribbled down which I then developed as my MA project.

Trackman is the first novel I’ve written from start to finish although I have other half-finished novels which never quite made it.

After I finished the MA, I spent a few months reading Trackman over and over, cutting bits out, trying to tighten it up, generally editing it, before I felt it was ready to be sent out. I did some research into agents and publishers and chose the ones most likely to be interested in Trackman. I received a few rejections and then luckily for me Luath came back to say they were interested.

NM: Do you have an agent?


I don’t have an agent now but I would not be averse to getting one in the future.

I approached agents with Trackman as well as relevant publishers who were prepared to accept unsolicited manuscripts. Luath came back to me and I was happy with what they offered. I would say there are advantages and disadvantages with the way I did it. I was dealing directly with the publisher so I think the time between being taken on and having a book in my hands was quicker than if an agent then had to go and find a publisher for me. As Luath are an independent publisher, it also meant that I was more involved with the whole process than I probably would have been if I was going through an agent.

There are disadvantages to this though. It takes up a lot of my time, and I do feel like I don’t have enough time to write. I also have a full-time administration job so my writing is all done in my free time. This is my first novel so having someone knowledgeable to give me advice and explain things would have been helpful. I’m also quite a quiet person by nature and as Luath is an independent publisher they have a lot of books to think about (not just mine), so it would be good to have someone to help fight my corner and help me with events/publicity etc.

NM: How did you learn that you were going to be published?


Luath asked to see the full manuscript, then asked me in for a meeting. The meeting was really positive, however I was very conscious of the word ‘if’ being used. ‘If we publish you,’ ‘if you make these changes’ etc. I came out of the meeting feeling positive, but not letting myself get too carried away. I made the suggested changes, then I got the signed contract from them. Even then I only told close family members in case I jinxed everything.

NM: Did you make any mistakes along the way - anything you cringe about now?


I think in the past I’ve been guilty of writing something and thinking that the first version of it is the finished version. It didn’t happen so much with Trackman, but I know I’ve sent off short stories in the past which were really not ready to go out into the world.

NM: What was the best advice you learnt from my blog?


I think one of the most important things I’ve taken from your blog is to edit, edit, edit. Make sure your work is as good as you can make it before you send it out. I used a lot of your tips for doing that. I sent it to writer friends to read over, I read each chapter aloud, I read it over and over until I was fed up of reading it.

Another piece of advice I’ve learnt from your blog is getting the submission right. This led me to do a lot of research using the Writers’ and Artists’ Yearbook initially and then looking up each agent/publisher I submitted to online before I did anything. I made a database of what each one was looking for and made sure I followed the submission guidelines exactly.Then when I was writing my synopsis and cover letters, I re-read your blog posts on these to help me. [FAB!]

NM: Apart from my tweet about shaky leg syndrome, how else has Twitter been helpful to you?


The shaky leg syndrome advice was justification enough for joining Twitter, but apart from that I’ve met a lot of interesting people, created an online writers community for myself which lets me know how other writers are doing but also keeps me up to date with news from the writing world. I’ve also had a few very nice people tell me they liked my book through finding me on Twitter which is lovely. Being able to engage with someone who has read my book is very satisfying.

NM: What thing/things have surprised you most now that you are published?


I’m a quiet person and quite shy so I am surprised at how much I actually enjoy reading in public. Although I get very nervous beforehand and suffer from afflictions such as shaky leg syndrome, afterwards I get a real buzz from sharing something I’ve written with an audience.


I’m working on another novel which I hope to finish and I hope Luath will like enough to want to publish.

And that, dear blog-readers, is an absolutely perfect example of a writer who has worked hard, improved herwriting, listened to advice and finally GOT PUBLISHED! Good luck to you Catriona, and may Trackman fly from the shelves.

People, do go and check out Catriona's book on her publisher's page. I'm sure that eventually someone at Luath will correct the spelling on that page... *wags finger, shakes head and despairs*

Congratulations Catriona! Really delighted for you.
(And you Nicola - another baby in the creche)

Well done, Catriona - you are an example to us all

Great to hear your publication story in full, Catriona. Sounds like a great adventure. One question: you mentioned the editors asking for changes before they would make a decision, how did you decide what was right to change and what not? Did they want you to change anything you weren't happy without? When you're that close to publication it must be very difficult to make the decision rationally, especially without an agent to use as a sounding board.

Thanks everyone and especially to Nicola! My novel is about music and so I had a lot of music lyrics in the first draft. One of the main changes they asked for was to take those out due to copyright issues. Song titles are okay to use so I was able to make changes that way. They then put me in touch with a great editor called Jennie Renton (who is not only a great editor but a really nice person too!). She made suggested changes but maintained all the while that it had to remain my book, so I never felt under any pressure to make huge changes. At the same time I trusted Jennie's judgement and knew she was there to help.

Sounds like a fab book - will add it to my TBR pile. Well done on getting published!

So nice to hear something positive. How wonderful for you. Louise asked the question I was gearing up for. Good to know song titles are okay. I've heard lots of contrasting info re copyright like can you say Pepsi or do you have to say a dark, fizzy,caffeinated drink..ugh.

Someone at Luath (me)has now corrected the spelling on that page! *hangs head in shame*

Kirsten - hello! Very god of you to come and own up :) Actually, I feel rather bad for pointing it out rather than taking the trouble to contact Luath or Catriona, but it was quicker for me to do it like this and I'm hugely time-pressured. I create typos myself all the time and if I do them on actual websites or other important places, I hope someone will correct me, too.

Thanks for all your comments, everyone. I've now seen Trackman in several shops so that's GOOD! No, nowadays, that's AMAZING! Well done, Luath.