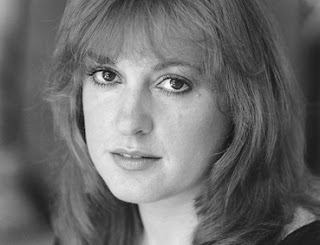 It's my huge pleasure to welcome a friend and fellow Scottish YA writer, the lovely and talented Julie Bertagna. Julie's latest novel, Aurora, is the final part of the trilogy which began with Exodus, published to great acclaim in 2002. With nine years between then and now, there can be little Julie doesn't know about the enormous task involved in writing a trilogy. And she's generous enough to share!
First, a little about Julie: she has established a reputation as an author of powerful, original and award-winning fiction for young people. EXODUS, described by the Guardian as 'a miracle of a novel' was shortlisted for the Whitbread Children's Book of the Year and won the Lancashire Children's Book of the Year Award. Julie's books are sold in many countries around the world and have been shortlisted for a number of major awards. The Ice Cream Machine was adapted for TV. Julie was born in Ayrshire, and has been a teacher and a feature writer for major Scottish newspapers. She lives in Glasgow with her family and speaks in schools, libraries and at book festivals across the UK. 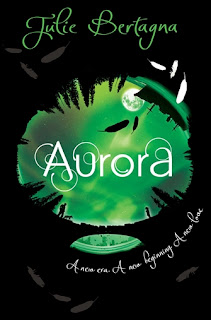 NM: Take us back to when you first came up with the idea and suggested it to your publisher. Did you envisage it as a trilogy?

JB: Exodus began as a short story for an anthology of futuristic tales by Tony Bradman. So I had a solid idea in print to present to my publishers - which helped, as I’d originally presented them with a completely different, contemporary idea! But this idea was stronger. (I also changed publishers mid-book but that’s another story.) At the time, I was told that ‘no one is writing YA sci-fi so though we love it, we’re not sure how it’ll be received and we must steer clear of any hint of sci-fi on the cover as reviewers hate that. Plus, you’ve set it in Glasgow so it probably won’t travel.’ Or words to that effect. So I had no idea how it would go and was contracted to write another couple of books, though I was eager to write a sequel. Of course, as soon as Exodus got on shortlists and sold well and foreign sales came through, I was asked for a sequel. And that’s where the hard work started because there had been a gap, and the book wasn’t plotted as a trilogy. So I came back to it cold. I had to re-imagine myself back in that complex world again, remember it all, re-discover my characters - plus the arguments and events concerning climate change were everywhere now so I kept being ‘invaded’ by the real world as I wrote. But I deeply wanted to write more. It was a huge challenge, yet exhilarating to imagine all the possibilities of an epic story on a changed Earth of the future - I wanted to find out what happened next.

NM: Can you say a little about the difficulties and hurdles you faced with an unforeseen sequel to Exodus? Harder or easier than you thought when you began?

JB: The easiest book of a trilogy is surely the first one - especially if, like me, you didn’t know you were writing a trilogy when you set out! In the first book, you are free to take your story wherever you like. The middle book is perhaps the hardest as it’s the transition - now you have to create the big arc that links the books AND sustain the momentum that will power the third and final book. And carry with you readers that might not have read the first book without boring the ones who have. Plus, within the over-reaching story arc of a trilogy, you have to create the story arcs of each individual book, along with all the interconnecting threads of plot lines and individual fates. Truthfully, if I’d known that it was going to be a trilogy, there are parts of Exodus that I would have written slightly differently. There would have been a few things that I might have ‘planted’. On the other hand, I wasn’t constrained and the story was free to fly in ways that it might not have if I’d had a plan from the outset.

I do thrive on ‘organic’ planning - a rough map of the possible journey ahead and a faith that the layers and details, all the interconnecting threads, will emerge in the writing. I plan as I write. That can be scary, risky writing but it’s how my imagination fires up best. Characters did literally pop up and announce the part they intended to play in events as I wrote - I just wish they’d let me know a bit earlier and I wouldn’t have had so many problems to solve. But that’s the nature of writing - it’s a problem-solving exercise and the biggest challenge in a trilogy is to keep the forward momentum while balancing a lot of spinning plates!

NM: Although people of many ages read and love the books, what do you see as the core readership? Who is your "Ideal Reader" (Stephen King's term for the person, real or not, whom you feel you are speaking to.)

JB: Readers are all different so how is it possible to know who an “Ideal Reader” is and what they want? Even amongst readers who love your books there are huge disagreements. ‘Pleeease let Mara and Fox be together at the end!’ begs one, while another warns me that if I DARE write a trite, cut-and-dried Hollywood ending they will ‘never ever ever’ forgive me. So what I do is pretend that I’m writing for my younger self and my gang of friends. [Julie, that sounds remarkably like an Ideal Reader...:) People: this is what I mean when I talk about thinking of your reader. And good writers often don't even know they're doing it!] Fashions and tastes change - and it’s necessary to have an awareness of the current market, though just as important to find an original twist - but imaginations, hearts and souls don’t. I don’t abide by ‘write what you know’ - I write to find out what I don’t know - but I try to write for someone I know: someone a bit like my younger self, living in today’s world. [Again, a good way of thinking of the Ideal Reader idea.] That works for me.

NM: Tell us about your own connection with the underlying theme - climate change and flooding? Are you actually pessimistic or optimistic about it?

JB: I still keep hoping, for the sake of my daughter’s generation and their children, that the ‘deniers’ are right or that predictions are exaggerated. But I’m afraid the evidence that’s stacking up is very scary in the long-term. Strangely, what inspired me was my own characters. Their stories crystallised a truth for me: that humans are the most selfish and destructive animal on the planet - but also the most ingenious. Our creative impulses and survival instincts are stronger than our destructive ones. In my books, there is a global empire of ‘dystopian’ sky cities that have abandoned the world’s flood refugees - yet the towers of these giant cities are wonders of green bio-architecture.

We have to invent new ways to live on this planet - and isn’t that what human beings have always done? There is an idea that we have to make the impulse toward sustainable technologies grip the global imagination just as the ‘space race’ of the sixties did - make that something that every nation on Earth will want to reach for in the way that we once wanted to reach for the stars. Ultimately, it might be ‘do or die’ for the human race but we have the imaginations and the creativity to do it - and a burst of new industries might just save the world economy too.

NM: What is it about foxes??! You have a crucial fox in the trilogy; Tim Bowler has a fox watching his latest novel; so do I (work in progress). Tell us about your fox. What do foxes bring to our stories?

JB: Foxes are fantastic characters, smart tricksters, mysterious and charismatic, sneaky and dangerous. There’s a tradition of fictional foxes going back to Reynard the Fox in the Middle Ages - and no doubt much earlier in oral tales. The night I began writing about ‘my’ Fox, all I had was the sense of a mysterious presence that was tracking Mara - then I looked out of my window and jumped. A pair of eyes gleamed at me through the darkness. A fox. The fox that, no matter what I did to keep it out, still found a way into my garden to raid the bins. Later, me and Mr Fox would fall out big-time when he tried to eat my rabbit, but that night he gave me my inspiration for Fox, the love of Mara’s life, who manages to sneak into places he has no business being - and ultimately it’s the smart, dangerous, charismatic trickster in Fox that finds a way to change a broken world.

Julie, thanks so much for those great answers! I know you've only just finished a very tiring publicity round, so I hope it wasn't too arduous to come and be interviewed here. I'll pour you a coffee in the Yurt next week!
Questions and comments, anyone?
See Julie talk about Aurora at the Edinburgh International Book Festival this SUNDAY Aug 14th. Hurry - book now! Julie is lovely and I promise that you won't be disappointed.
Posted by Nicola Morgan at 07:35

Really great interview. I liked hearing about her writing process. What she said about 'planting' things had she known it was going to be a trilogy was interesting.

Really enjoyed this, thanks.