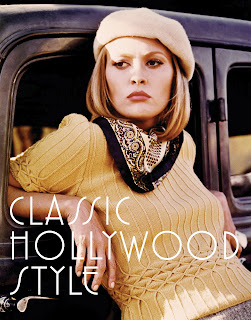 Just as this blog approaches retirement, I'm delighted to introduce to you a new blog baby. (A blog baby is a blog-reader who gets a trade publishing deal and says that the advice on this blog helped her/him to that.)


Caroline Young's debut, Classic Hollywood Style, will be published on 4 October 2012 by Frances Lincoln. It explores iconic looks from the golden era of Hollywood, covering 34 films from the 1920s to the end of the 1960s. It delves into the history and social context of the costumes from films including Gilda, Gentlemen Prefer Blondes and Rebel without a Cause, with stories from the production, photos and original costume design sketches.

About Caroline: she grew up in Edinburgh, and after a bit of time in Glasgow and Australia she's now back living and working in Edinburgh. After studying a Masters in Journalism and Mass Communications in Brisbane, Australia, she worked as a ‘real life’ features writer at a press agency, and now edits and writes for publications in a communications department.

NM: What was your journey from wanting to be published to getting this deal?


The journey from wanting to be published goes back about eight years, when I was 24 and thinking about what I wanted to do with my life. I’ve always wanted to be a writer, and I was inspired by the subject of costume design after doing a film course. I’m such a big film fan, particularly old Hollywood movies from the thirties and forties, so I started researching and reading as much as I could and saw that there was definitely a gap in the market that I could potentially fill. I also went out to LA (as part of my annual leave from my day job!) to do research at the film studio archives where I found lots of photos, memos – original source material which brought it all together.

From there I began to pull together a proposal by reading books and blogs (yours mainly!) about the publishing process, and went along to your How to Get Published session at the book festival in 2009 which was great! You warned us that it would be folly to ever consider sending toffee in the post. [NM: HOORAY!! You win the no-toffee prize!]

I looked up publishers in the Writers’ and Artists’ Yearbook and by googling ‘Non-fiction publishers’, noting down the ones that dealt with film, fashion or design.

I had about ten rejections from publishers, and it was about three years worth of approaching publishers, and then revising the proposal and contents based on feedback. One commissioning editor in particular was very helpful, and told me that my book was far too long and that I needed to think about how I would source film stills as it would be a major expense.

Looking back with hindsight, the first proposal I sent out was terrible! It was more of a list than anything, but I kept on revising it with every piece of advice I was given.

I thought I would do one last attempt at sending it out to a publisher, and to my surprise Andrew Dunn from Frances Lincoln said he was potentially interested. I remember I was in a grumpy mood when I first saw his email, and just though to myself, ‘ugh, another rejection,’ so it was a pleasant surprise when he wrote that I should call him to discuss it further. I had a nail-biting couple of months waiting for definite confirmation that they wanted to go ahead.

NM: Agent or not agent? 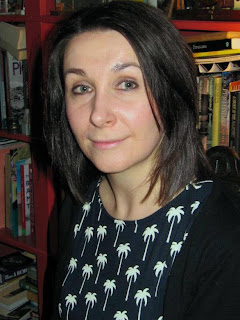 I sent my proposal to a couple of agents; Andrew Lownie was really helpful and gave me some good advice although he did ultimately say no! But for non-fiction it’s certainly possible, and maybe easier, to go directly to publishers rather than going through an agent. [NM: Very true.] I do like the idea of schmoozing over lunch with my agent, so I would be up for having one if I get the chance to write more books! But I don’t feel that an agent would’ve been beneficial for this book, I liked being able to work alongside the publisher directly.

NM: What have you learnt SINCE getting your publishing deal?


I’d read up on the publishing process quite extensively, so there weren’t any major surprises, except maybe that I was more involved in the design stages than I thought I would be. My book contains 180 images and 50,000 words, and while they didn’t come back with too many changes to the text, the editor and designer asked me if I could swap over some of the photographs. They also consulted me on each stage, from what I thought of the layout to whether I accepted any of the changes to the text.

NM: What are your feelings about impending publication? Have you started to get exposure dreams yet??!


Excitement mixed with trepidation as it’s a bit of a thought putting myself out there!

Even though I’ve always wanted to be a writer, I’m quite shy about people reading my work. I know this totally defeats the purpose because I want as many people to read it as possible and I want them to enjoy reading it.

But I do have to pinch myself, especially when I received the advanced copies in the post. To see the hard copy and to be able to hold it in my hand was amazing. It’s strange to think that just over a year ago, and without sounding overly dramatic, it seemed like an impossible dream!

NM: Have you been doing anything to create a "platform"? Have Frances Lincoln asked you to?


FL hasn’t asked me to create a platform, although it is something I really need to get onto. I’m possibly a bit slow off the mark with social media. I’ve posted a link on Facebook, and so far three people have liked it…so it’s a start. I’m wary of twitter – I thought it was for people sending out grammatically incorrect insults to celebrities - but you’ve put up some good posts on how effective twitter can be, so I may yet dabble.

NM: What have FL said they will do in terms of promotion and what are you expecting to do?


The publicists at FL, both in the UK and USA, have sent press releases around newspapers and magazines and have also asked me for any journalist contacts that I may have.

[NM adds: hmmm, I hope they'll be doing a lot more than that. The plan should be in place by now and I suggest you press them for more detail and make some suggestions yourself. Ask them to be honest with you about what they can't do and what they will support you doing. It does not have to cost very much (and in fact publicity is often free) but some effort must be made. Gentle pressure is required!]


I’m brimming with plenty of ideas for both fiction and non-fiction, some good, some not so much. I’m also hoping that there will be a follow up to this book. I have a little fantasy of being a Carrie Bradshaw type, sitting around in my pants at home while I write on my laptop.

It’s been great to be able to progress through all the different stages of getting published on your blog, from reading the sections on agents and how to write a proposal, to going onto the publishing process, and now reading about what an author can do to help market a book.

NM: What are your top tips for aspiring non-fiction writers?


I found that reading about the writing and publishing process, fuelled by lots of caffeine, really helped to fire up inspiration. Although I did seem to spend a lot of time reading about it, rather than actually writing…

But I think perseverance is definitely key, as well as making sure you target the right publishers and paying attention to their submission guidelines. Also respect the fact that editors know what they are talking about, they’re the experts, so if they are kind enough to give you feedback, be open to changing your proposal.

But one good thing about writing non-fiction is that you don’t have to have the whole manuscript prepared, so you can work on other ideas while you wait to hear back.

Thank you, Caroline, and huge good luck! Looks like a great Christmas present idea for someone!

As you know - if not, see here - I'm stopping this blog very soon, and shortly after will close it to all new comments. I'm leaving almost all the posts up here but am deleting irrelevant ones, for example about events that have past. I will keep all the core info up here. And my books will still be available!

this looks like a gorgeous book. My instant reaction was one that you touch on in the interview - the cost in time and money of the photographs - I think that would have frightened me off before I started.

Congratulations Caroline, the book looks fabulous - very well done and I know exactly how you feel about being a "blog baby". Unfortunately my full length novels will be out in December after this blog has closed.

Dan - I'll see if I can find Caroline to answer that!

James - indeed! Thanks for commenting.

Message to Anonymous: you just left a very kind and supportive comment but I was a bit confused because you started by saying "This is not for publication on your blog" - so I wondered if perhaps you'd meant it to be an email instead? In case so, I removed it for you, but I still have it, so i can reinstate it, if you wish? However, it did remind me that I had planned to set comments not to allow anonymous comments, not because I don't approve of it but because it also lets in a lot of spam. If you want, I can paste it into a comment myself?

Thanks Nicola for having me on your blog, and thanks for the nice comments!
Cameron, that's really exciting, well done!
Dan, the only Hitch film I've covered is To Catch a Thief, but would have been great to tie in with the BFI season as I do love Hitchcock! I was quite naive when it came to pics, but then I discovered that using photo libraries like Getty, Photofest and Rex can be fairly cost efficient and you don't have to worry about copyright issues.